Renault has taken the wraps off the new Renault R5 Turbo 3E electric concept hinting that something interesting might be on the cards for its hot hatch range. The Renault R5 Turbo 3E is a high-performance electric derivative of the Renault 5 Prototype which made its debut last year. The concept looks quite radical in terms of styling and that gigantic rear wing is something you can’t miss. It has a rear-wheel-drive (RWD) setup with one electric motor installed on each wheel. The electric motors source power from a 42-kWh lithium-ion battery pack mounted under the floor.

In terms of specifications, the Renault R5 concept belts out around 370 bhp and a whopping 700 Nm of peak torque, giving is enough push to clock triple digit speeds in 3.5 seconds and in-turn a top speed of 200 kmph. The Renault R5 Turbo 3E rides on 19-inch front and 20-inch rear wheels and tips the scale at 980 kg without the battery pack, while the battery unit increases its weight to 1,500 kg. The battery pack will take around 2 hours for a complete top-up using a 380V/32A charger. 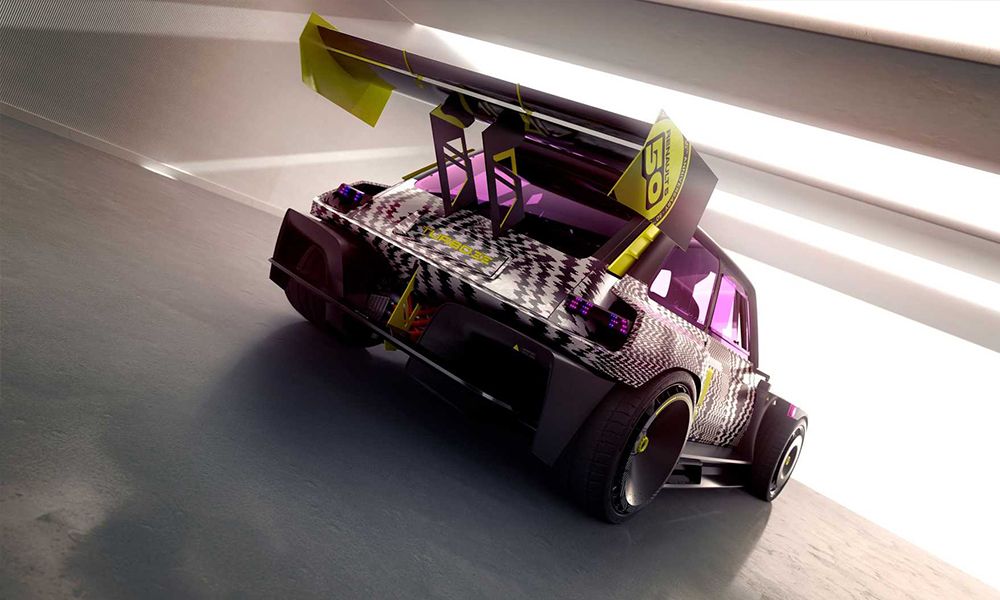 quintessential upright handbrake lever. And to capture all the action, it is equipped with as much as 10 mounting brackets for cameras that can be installed both inside and on the outside. It is 2020 mm wide and 4,006 mm in length including the massive rear spoiler. It stands 1320 mm tall while the wheelbase is 2540 mm long. Renault will bring the R5 Turbo 3E next month at the 2022 Paris Motor Show. While there is no word on the final production car yet, Renault’s Alpine performance division is already working on a performance oriented iterations of the Renault 5.

In pics: Audi R8 V10 GT RWD is a limited edition tribute to the original R8

Budget 2023 set to be tabled this Friday, October 7 – paultan.org