Air pollution brought on by humans is more harmful than desert dust. More than 90% of the fine aerosol particles that harm health and the climate in the Middle East come from manufactured sources.

The World Health Organization (WHO) reported at the beginning of the year that the Middle East is one of the areas with the poorest air quality. Contrary to popular belief, man-made causes account for more than 90% of the particulate matter that is harmful to health in this region. Desert dust is not the primary source of air pollution from particulate matter in this area. The less dangerous dust particles in the desert are unlike this artificial tiny particulate matter. Scientists found this by using measurements taken on board ships, and complex modeling simulations supported it.

The production and consumption of fossil fuels, such as oil and gas, are the leading causes of anthropogenic particles. They can enter the lungs deeply and are often smaller than desert dust.

In a magnificent voyage, an international team led by the Max Planck Institute for Chemistry sailed a research vessel around the Arabian Peninsula in 2017. Various monitoring tools were maintained on board to collect samples of aerosol particles and trace gases, including ozone and nitric oxides. The researchers identified the Suez Canal, the northern Red Sea, and particularly the Arabian Gulf as regional hotspots for ozone; the fact that these regions have exceptionally high concentrations of the dangerous gas suggests that other densely populated areas of the Arabian Peninsula also struggle with it. The researchers also discovered that nitrogen oxide values were much greater than those recommended by the WHO. 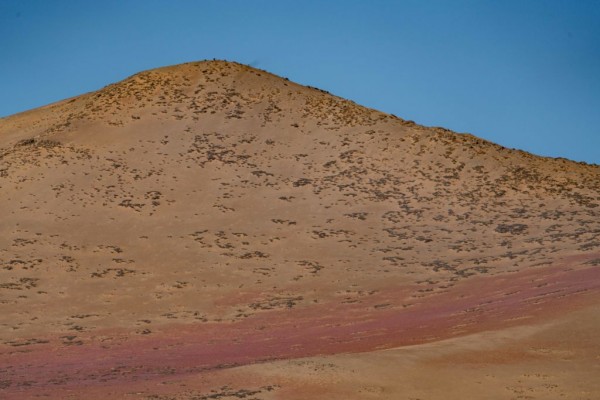 According to Sergey Osipov, an atmospheric physicist at the Max Planck Institute for Chemistry in Mainz and the King Abdullah University of Science and Technology (KAUST) in Saudi Arabia, “relatively few measurements from the region around the Arabian Peninsula and in the Middle East in general. We used the information from atmospheric chemistry models to make judgments regarding the general health effects and air quality.

High mortality rates are a result of air pollution in the Middle East.

The region, which has 400 million residents, often exceeds the particle matter criteria, according to research leader Jos Lelieveld, director of the Max Planck Institute for Chemistry. In addition to many Mainz researchers, scientists from Kuwait, the Cyprus Institute, Saudi Arabia, France, and the USA were also involved in the project. “While the measurements were performed several years ago, looking into the data more closely with new atmospheric modeling tools surprisingly showed that the hazardous health fraction of the pollution particles are almost exclusively human-made,” said the study’s lead author.

The atmospheric scientist, who is also a professor at the Cyprus Institute in Nicosia, continues, “The extreme air pollution results in an annual excess mortality rate of 745 people per 100,000 and has similar significance to other leading health risk factors, such as high cholesterol and tobacco use, and is also comparable to the mortality rate of COVID-19.” He added that measures to cut emissions are even more crucial, given that anthropogenic air pollution is a major contributor to climate change in the Middle East.

Microplastics Found in 75% of Fish Meant for Human Consumption: Is It Still Healthy to Eat Seafood?

Viruses Can See and Hear Their Surroundings Once Inside Us [Study]

Colorful, Unique Plumage of Songbirds Raises Risk of Being Traded, May Lead Extinction