Fast-moving solar winds might cause an intense solar storm to hit Earth today, September 23, according to NOAA. Should we worry?

The relentless solar storm assaults this year have turned the Earth into a standing target. And after a little respite, the solar storm onslaught is again underway. The National Oceanic and Atmospheric Administration (NOAA) predicts that today, September 23, fast-moving solar winds will impact the Earth, resulting in a solar storm. This occurred just a few days after radio outages in Africa and the Middle East were brought on by a solar flare explosion on the Sun. 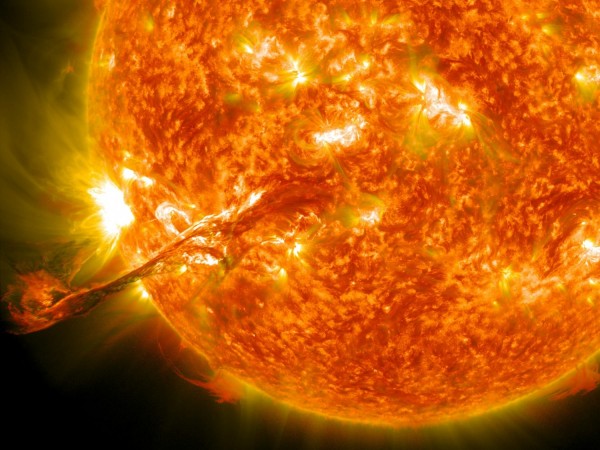 This occurrence was reported by SpaceWeather.com, which stated on its website, “NOAA forecasts believe that a mild G1-class geomagnetic storm is probable on September 23 when a high-speed stream of solar wind is expected to contact Earth’s magnetic field.

It is impossible to know how this solar storm will affect us now. Additionally, because it is equinox day, the Earth’s magnetosphere will be weaker, making it easier for solar radiation and particles to reach the atmosphere. Further, this may intensify the storm and result in radio blackouts and GPS malfunctions, which might prolong travel times.

As the Sun approaches its solar maximum, the primary danger to Earth is being hit by a G5-class solar storm. Satellites in Earth’s lower orbit can be burned and destroyed by such a solar storm. Wireless communications like shortwave radio, GPS, mobile networks, and internet access can be severely interfered with and destroyed. In the worst instance, damage to electrical grids might result from such a solar storm.

Astonishing technology is being used to capture this data in real time. Using its DSCOVR satellite, which went into service in 2016, NOAA keeps track of solar storms and the Sun’s activities. The Space Weather Prediction Center’s computers are then used to process the retrieved data, and the final analysis is created. The various measurements are made for the solar particles’ temperature, speed, density, degree of orientation, and frequency.

As the Sun approaches the pinnacle of its 11-year cycle known as the solar maximum, NASA has warned that horrifying solar flares will likely be released more frequently shortly.

Solar flares threaten Earth because the radiation they produce may obstruct radio communications. These storms affect all technological and communication systems, including the electricity grid and the internet, and can destroy satellites.

NASA issued a warning in its most recent blog post: “Solar events will continue to grow as we approach the solar maximum in 2025, and our lives and technology on Earth, as well as satellites and people in space, will be impacted.

The space agency reports that Solar Cycle 25, which began in December 2019, is the current phase the Sun is in. This suggests that the Sun’s activity will continue to rise until it reaches its highest levels throughout the solar cycle.

Related Article: Can Powerful Solar Storms Have the Power to Destroy the Entire Planet?

Here are some cute animal/pet art I drew to cheer you up! Will happily draw yours as well!